Supporting black businesses boosts community morale. There are currently 2.6 million black-owned businesses in America. However, 80% fail within their first 18 months due to a lack of resources and funds that can be attributed to low community support. If black businesses were supported heavily by communities, it would increase the money recycled within the black community. There would be more wealth within the black community to create long-lasting generational wealth since businesses are one of the most common ways to increase wealth within different ethnic communities.

Black businesses create more jobs and opportunities for the community in which they are established. Black entrepreneurship can fuel the black community’s economic prosperity and serve as a bridge where low-income families can move up to middle-class status. An article by Black to the Business article states, “The problem is that there aren’t enough black-owned businesses to hire unemployed black people. Time is overdue for change, and we must pool our resources and build our reality.”

Additionally, Black-owned businesses help bridge the gap of racial wealth. In the United States, the racial wealth gap is not only a burden on black Americans but also on the economy overall. The Jim Crow era and redlining have historically prevented black Americans from having equal access to homeownership opportunities, access to capital and higher-paying jobs. And, black-owned businesses took a greater hit due to COVID than any other race. According to a report by the House Committee on Small Business, between February and April 2020, Black business ownership declined by more than 40% — the largest decline across any racial group.

How to Support Black-Owned Businesses

Plate to the Classroom: Giving A Teenager’s Brain What It Needs
Not Your Grandma’s School Lunch

Equine Manager and Animal Communicator Dakota Getrouw found her dream job when she...

Written by Camille Brown and Julia Soplop. Growing up, we all learned about Thanksgiving... 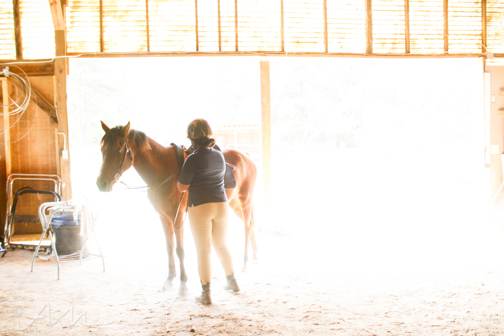 Learn to do right; Seek justice

Learn to do right; Seek justice

This summer, our board of directors did the pain-staking, but life-giving exercise...

Visit our farm Oct. 9th to learn about our mission! Register here