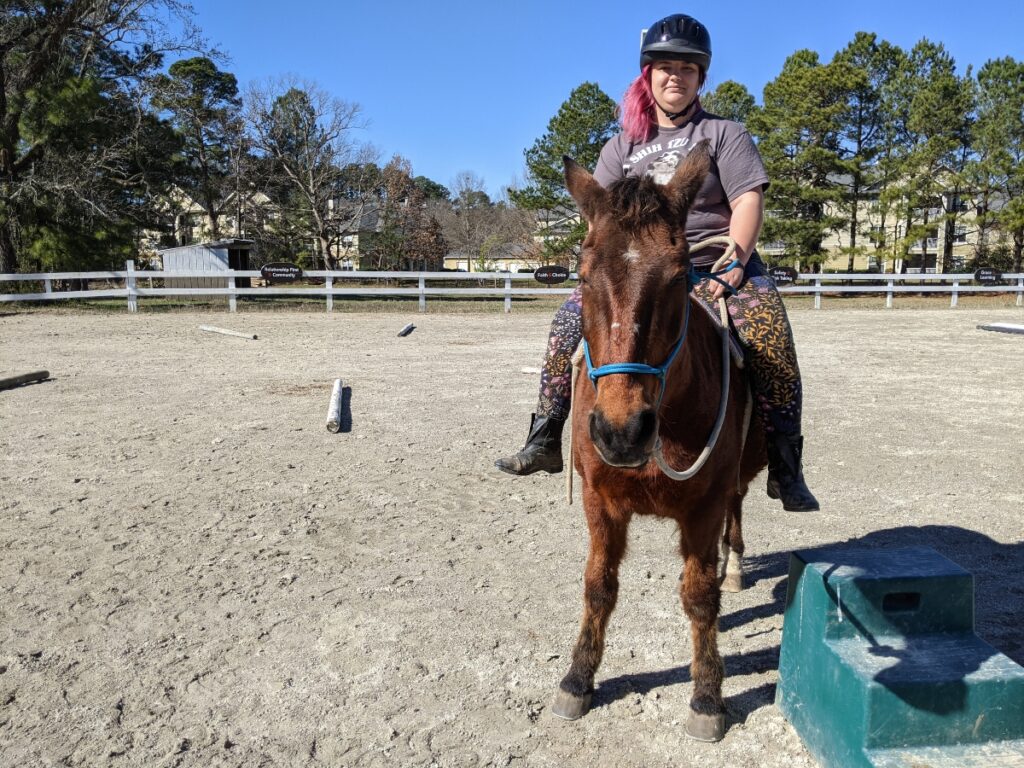 I grew up being bullied severely. They would call me fat, not good enough, and laugh at my speech impairment. They would mock me for my anxiety, calling me a “pathetic, drama queen” and “stupid” for my ADD. I was picked on so much that it led to a panic attack. As early as age six, I developed a passion for animals, which was somehow seen as a negative trait. I was called “a pet killer” because my friends and I tried to domesticate wild frogs. My dad created a waterfall pond to attract frogs, and I’d turn them into pets. All I wanted to do was take care of them, not knowing that it wouldn’t work. I was so afraid of getting close to people that I pushed myself into a corner, hoping people might forget me. I was very lonely and broken, and I eventually became suicidal: my anxiety, my depression, the bullying. I wanted a quick out. Before CORRAL, I thought I was worthless, unloveable and a disappointment to society.

On my first day at CORRAL, I remember seeing big beautiful oak trees blocking the sun and a wooden round pen. It was the first time I felt at peace. In the barn, I found a group of teenagers, like myself, and a group of older women. I instantly put my guard up, as I was used to doing, and started to fidget and slightly panic. I put myself in the furthest corner I could and spoke in the lowest level I could without being rude. We started out introducing ourselves. I remember the staff saying to use animals that start with the first letter of our names; since my name is Carson, I used Cougar.

And, then, there they were: I saw the horses for the first time! I held my breath, and my eyes got wide in amazement. There were a total of 12 horses, all grazing peacefully, and all with one eye on us — aware of who we were and why we were there. I felt my body slowly start to calm down. The adults welcomed us into the field, and I slowly made my way to the biggest horse there. Still to this day, I don’t know how I was drawn to this horse but at that moment, I knew I had found my match. I hesitantly walked up to the big light brown fur with the blond wavy mane in anticipation and a little fear. I felt my hands shake as I reached up to touch Bob on the stomach. His fur was slick but soft; there was dirt, and he was slightly damp from the sun. He turned his head towards me, and I knew at that moment he was telling me that he was going to be there for me no matter what. I made eye contact with Bob and it was like I suddenly got amnesia. I completely forgot about my anxiety and depression and all my problems; even the world around me. It was like it was only me and Bob; I matched my breath with his.

When I’m at CORRAL, I can be myself and I’m free to face my problems without embarrassment or shame. That was a hard lesson I learned much later in the program. I was still getting better with coping and facing my problems. I’ve learned so many lessons at CORRAL but one of the most important for me is “self love is the best love.” My anxiety doesn’t define who I am; I’m so much more. CORRAL makes me feel free. Bob gave me purpose and direction that I haven’t found anywhere else. I knew I wanted to study animal behavior when I first walked with Bob. I was in the arena on a hot evening; the sun was just coming down. I had been working with him for almost an hour and almost gave up. I remember walking away, and as I was, I felt something in my heart telling me to turn back and give it another try. I slowly turned around towards Bob. Once faced, I felt my body slowly loosen up; my heart rate slowly went down. I started to walk towards him. He looked at me; I walked up to his shoulder, took a deep breath, lifted the carrot stick and calmly asked Bob to walk with me by swinging the stick up and down and pointing forward. I wasn’t expecting a response, but he lifted his big, heavy hoof and another and slowly but surely matched his steps with mine all on his own. At that moment I felt…. gosh, words can’t describe it. I felt like I was on cloud nine and winning the billion-dollar lottery.

I am not the same person I was at the beginning of my story. I’ve grown into an independent, successful woman who can use my story to better understand people. I don’t tell this story to get sympathy. I tell it to show people that recovery is possible. My experience helps me be empathetic and compassionate towards people and understand better what they might be going through. I am now very proud to say that I am going to Unity College in Maine to study animals and open my own animal conservations worldwide. I want to create a safe haven for animals so they can feel as safe and loved as CORRAL taught me. 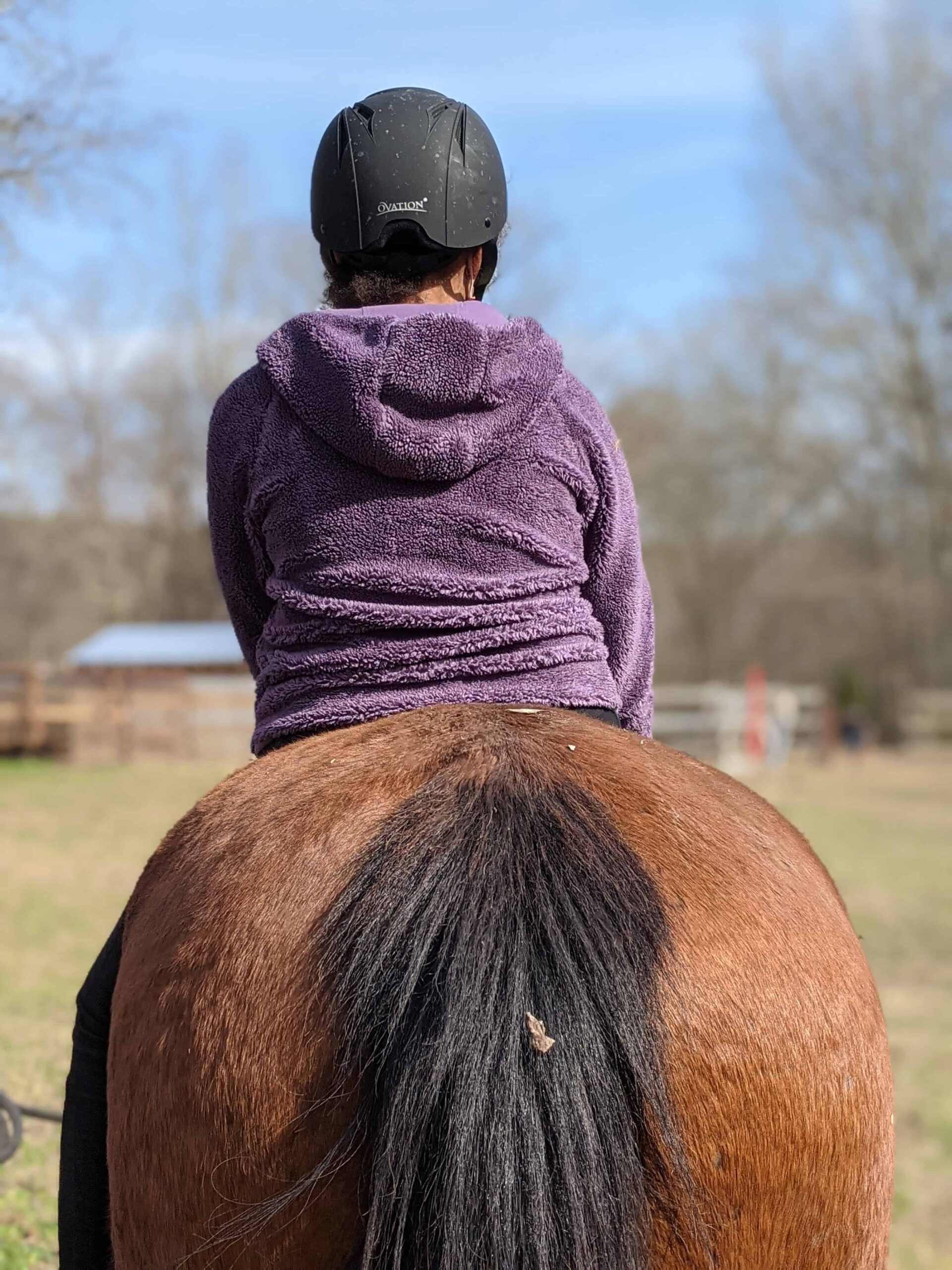 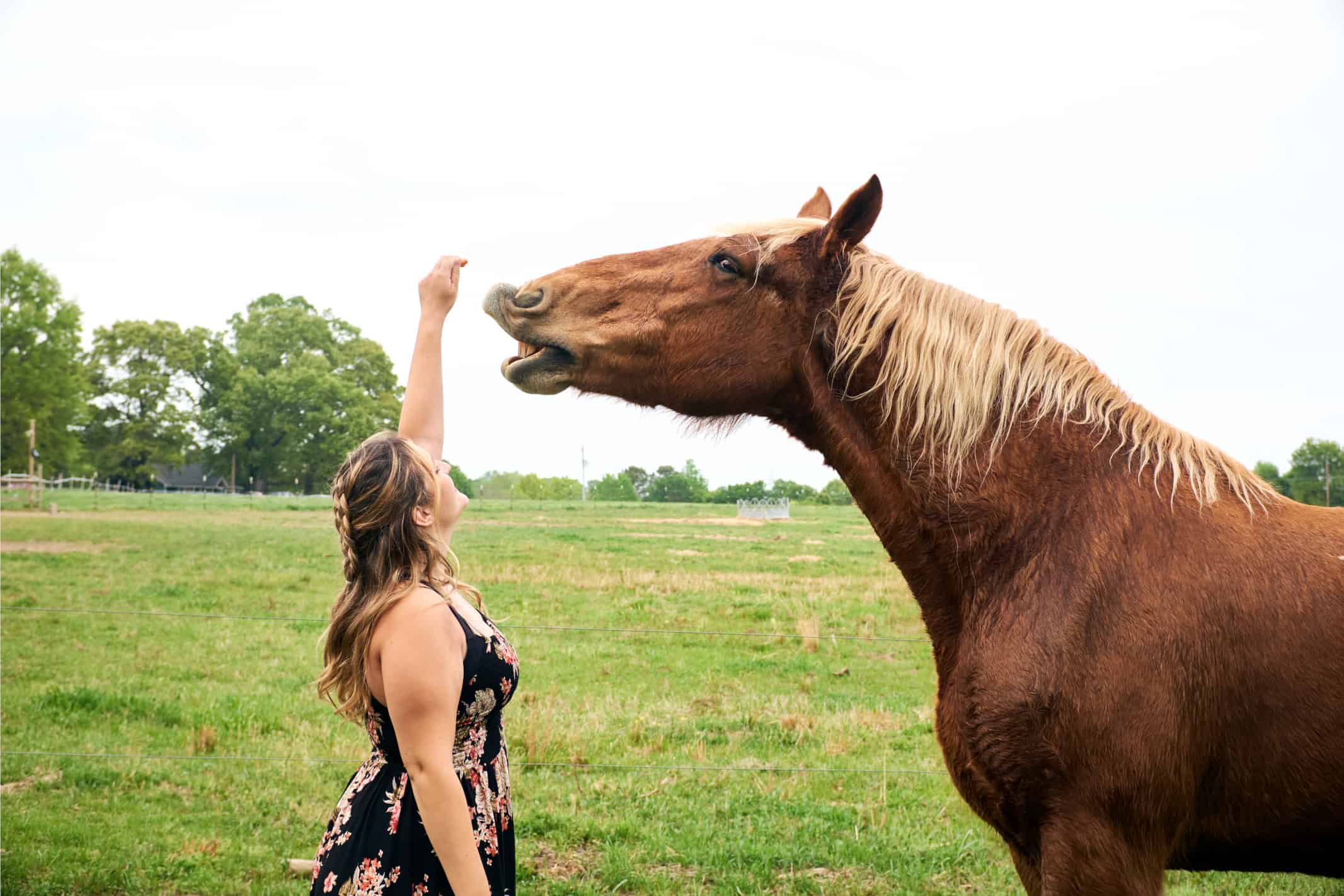 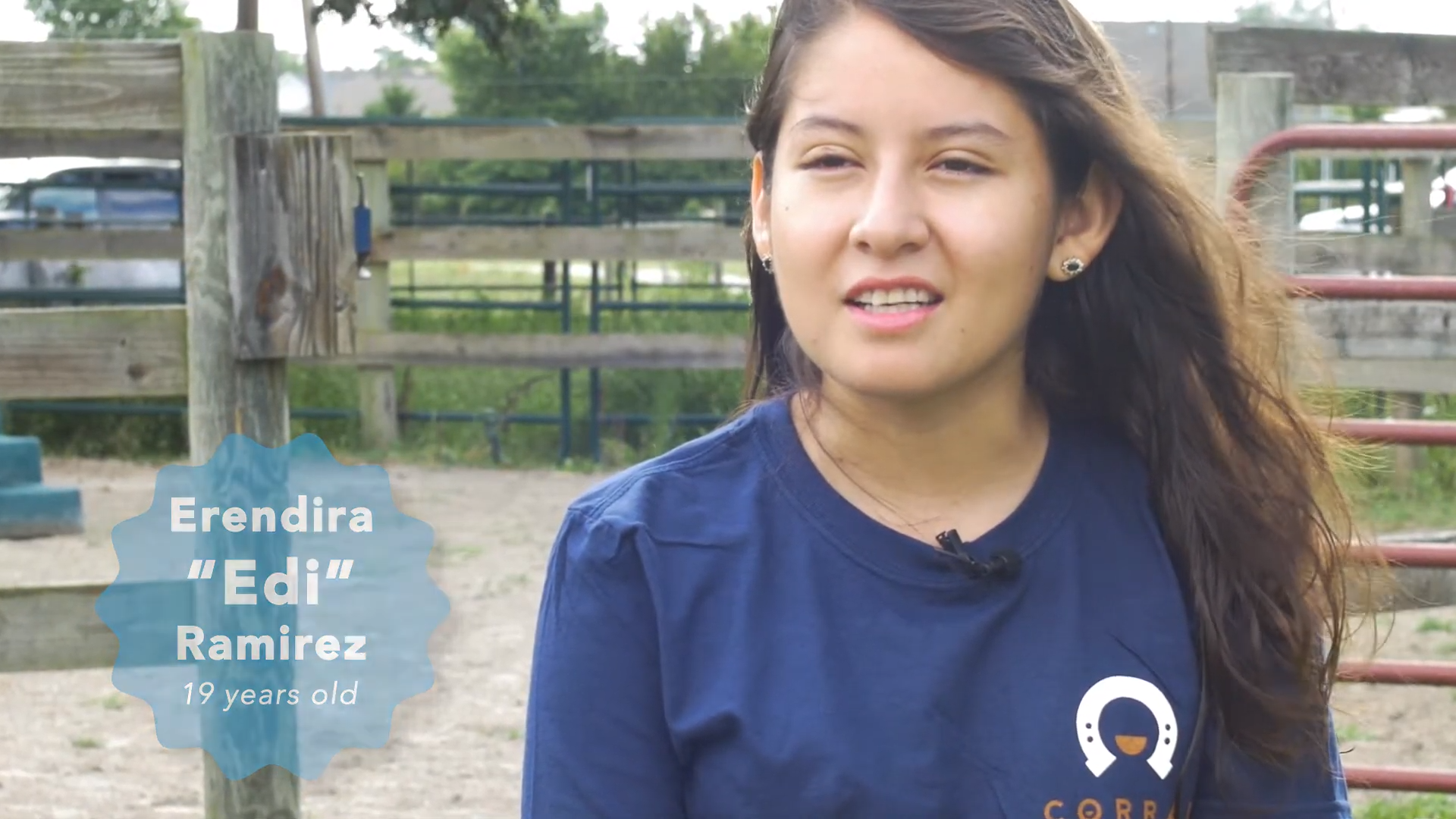